According to a report from Yale University Press, 99.9% of all species that have ever lived on Earth are now extinct. That’s over five billion species completely wiped out. Why such a gigantic failure rate? The species that die off are “those that are no longer able to survive in changing conditions or against superior competition.” 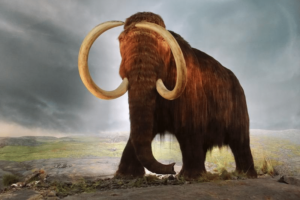 The same logic applies to our careers, companies, and even communities. A once successful entity can vanish quickly if its leaders fail to adapt and evolve. The employees who get pink slips are usually not the ones who are leading transformation.

With extinction being such an obvious risk of clinging to the status quo, why do we dread change? Why do so many individuals and companies get lulled into a false sense of security, only to discover that standing still is the riskiest move of all?

In biology, there are two ways for a species to sustain life: evolution and speciation. Evolution, we learned back in middle school, is the process of adapting to changing conditions. For our businesses, this involves putting our old selves out of business with a newer version. It’s an ongoing commitment to upgrade regularly, avoiding the siren song of the status quo.

The other biological approach to survival isn’t a household name but may unlock your brightest future: speciation is when a new species is formed by its ability to exploit an ecological niche. In the business world, think of startups who upend industry giants. A brand-new organism is formed by identifying a novel approach to competition and thriving in a complex environment. You don’t need to start a new company to embrace speciation. It could simply be a fresh, brand new approach to your customers, career, or community.

Unlike our biological predecessors who fell victim to their circumstances, we have the fortunate opportunity to choose our own fate. If we prefer the evolutionary route, let’s make sure we ride the edge of change and embrace fresh approaches early and often. After all, the slowest to change are the fastest to die. Or if we opt for the bolder speciation approach, let’s challenge ourselves to start with a blank canvas and paint a new, creative masterpiece.

Either option can enable a sustainable future, but please avoid the extinction trap of thinking that change is unnecessary. We are most susceptible during periods of success, since the external markers fool us into believing that change isn’t needed. Yet, millions of species before us – from plants and fish to companies and careers – waited too long to change, only to realize the necessity at a point too late for recovery. You may, in fact, be an endangered species right now. Truly, aren’t we all?

Let’s act with the urgency of an impending existential threat. Now is the time to embrace change, harness innovation, and discover fresh approaches rather that resting on old ones. We can learn from the now-extinct dodo bird and wooly mammoth that the only way to thrive over time is to drive change rather than run from it.