When the space shuttle blasts off, two-thirds of its fuel is consumed in the first 20 minutes of flight. The remaining amount powers the shuttle for up to two weeks, including re-entry and landing. 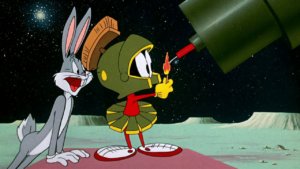 The phenomenon at play: escape velocity. Scientists describe the concept as the amount of force required to break free from the gravitational pull of the current state. As you can imagine, escape velocity is certainly a concept that goes far beyond bespectacled physicists in lab coats.

Any time we want to effectuate change, we face the gravitational pull of the status quo. Back to physics, we know that a body at rest stays at rest without disruptive might. So, whether you’re launching an industry-defining startup or you’re trying to institute a process shift on a factory production line, getting your new idea off the ground and in motion requires intensity and force. Rockets don’t glide off the launchpad, after all.

Having started a dozen companies myself and invested in nearly 100 more, I can tell you that startups face intense, gravitational pull. I’ve learned that the entrepreneurs who succeed are not necessarily smarter or better funded; rather, they’re able to cultivate tremendous energy in order to blast their ideas into orbit.

The change effort in front of you may be to land a job promotion, improve safety conditions in your community, or get your family to go vegan. You may be trying to open a new office in Europe, launch a marketing campaign, or write new cybersecurity protocols. Any change is hard and our human nature is to resist it. However, the biggest risk we face isn’t trying to launch change — it’s the catastrophic risk of standing still.

Just like the space shuttle launch, your own escape velocity will consume a lot of your energy reserves. But just on the other side of today’s gravitational pull is tomorrow’s biggest opportunity. And don’t forget, even if you burn most of your fuel during liftoff, the energy required to continue is dramatically reduced once the change effort is off the ground.

If you’re in the midst of any kind of launch, you’re likely expending energy at an uncomfortable rate. Instead of getting discouraged, realize that you’re probably getting close to that joyful transition into orbit. With escape velocity in mind, don’t let up on the throttle one bit. Stay strong, forge ahead, and power through it. Before long, you’ll be enjoying the wide, open view of success while cruising along in comfort.

Does Your Business Have a ‘Test Kitchen’?
The 12 Secret Brainstorming Techniques of Billionaires