Ask any jazz aficionado about the most challenging jazz standard ever written, and you’ll likely get a knowing smile followed by two simple words: Giant Steps. The tune, composed and performed by legendary saxophone genius John Coltrane, has sent chills down the spines of would-be performers since its release nearly 60 years ago. 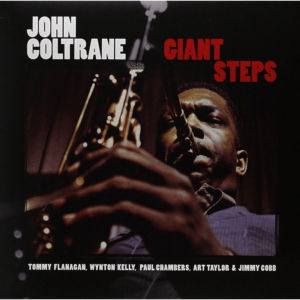 Performed at a blistering speed, the structure is a 180-degree departure from the unwritten rules of jazz. From a technical standpoint, it is as far from the norm as is musically possible, making it extremely difficult for even the most talented and experienced musicians to navigate. Despite the song’s demanding nature, it has become a history-making classic that is both feared and revered.

As a jazz musician myself (for over 40 years), I’ve often reflected on this treacherous tune. Full of irony, its complexity created its beauty. Its difficulty demands respect. Its unorthodoxy made it unforgettable. I began to wonder… are there lessons from this masterful work that could apply to us mere mortals? Here are three struck me:

1. Chase the hard stuff. While cutting corners and seeking simplicity is easy, that is not the stuff of legends. Coltrane sought to tackle the most difficult structure he could imagine and, in turn, made history. Just because something is hard, it doesn’t mean it should be shuttered. In fact, greatness is often achieved in the face of adversity and complexity.

2.Break the rules. Despite the free-flowing nature of jazz, there are some inherent rules that were not to be broken. Until Coltrane rewrote those guardrails while creating something fresh, compelling, and magical. Too often, the constraints we believe are unbreakable reveal beauty and success when violated. Giant Steps is a legendary song because the rules were broken. Think what you can create by shattering – not complying – with the traditional rules of engagement.

3.Show up fully prepared. The one unfortunate part of the 1960 Giant Steps recording is the solo by Detroiter Tommy Flanagan, one of the best pianists in history. Flanagan, a consummate pro, had been to dozens of recording sessions in the past and cranked out masterful work. Thinking he didn’t need to prepare, he was caught off guard with the complexity and boldness of Giant Steps. As a result, he stumbled through the solo with obvious difficultly, producing an uninspired and awkward improvisation. The embarrassment – one of very few in his 61-year career – continued to haunt him until his passing in 2001. The lesson here: never underestimate an upcoming battle. It is a truism that applies to music, business, and life.

50 years after his death, the breathtaking work of John Coltrane still inspires musicians today. Coltrane made history by applying these three principles to his most famous composition. Think what you can do when applying the same approaches to your career, company, and community.

Music to my ears.

How Google Kills Ideas to Drive Killer Innovation
The Last 10%